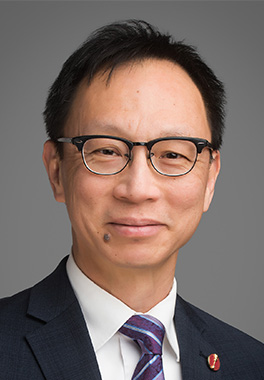 Mr. Woo has over three decades’ experience in strategy and policy for business, government and not-for- profit organizations.  Widely recognized as a leading thinker on international economic issues and Canada-Asia relations, he was appointed to the Senate of Canada in November 2016, and sits as an independent representing British Columbia. Prior to joining the Senate, he was President of HQ Vancouver, a public-private partnership that promotes British Columbia as a location for head offices of international companies.  From 2005-2014, he was President and CEO of the Asia Pacific Foundation of Canada, where he continues to serve as Distinguished East Asia Fellow. Senator Woo is a member of the Trilateral Commission; Senior Resident Fellow at the Beedie School of Business, Simon Fraser University; Senior Fellow in Public Policy at the Institute of Asian Research, University of British Columbia; as well as co-founder and President of China Global: The Vancouver Society for Promotion of Chinese Art and Culture.  He is chair of the board of the Vancouver Academy of Music, and a member of the Global Council of the Asia Society, as well as on the Advisory Boards of the Mosaic Institute and the Canadian Ditchley Foundation. From 2002-2012, he was Canada's representative on the Pacific Economic Cooperation Council and served as the founding chair and principal author of PECC's flagship State of the Region report.         Mr. Woo has previously worked for the Institute of Southeast Asian Studies, the Monetary Authority of Singapore, and the Government of Singapore Investment Corporation; and he has been an advisor/consultant to the Asian Development Bank, the World Bank, APEC, and the OECD.  He has published widely on international economic issues and contemporary Asian affairs.  His previous board appointments include the Public Policy Forum, the Ontario Brain Institute, the Standards Council of Canada, and the Greater Vancouver Advisory Council for the Salvation Army.  In 2012, he was honoured with the Queen's Diamond Jubilee Award for his contributions to Canada-Asia relations. Senator Woo is currently a member of the following Senate Standing Committees: Energy, the Environment and Natural Resources, Selection, and Rules, Procedures and the Rights of Parliament.  In September 2017, Senator Woo was elected as the Facilitator of the Independent Senators Group. Click to see the latest tweets.