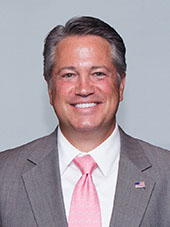 Elected to the Florida House of Representatives in 2018, reelected subsequently