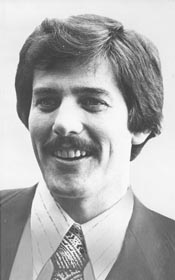 CARR, Milton Robert (Bob), a Representative from Michigan; born in Janesville, Rock County, Wis., March 27, 1943; educated in public schools of Janesville; B.S., University of Wisconsin, Madison, 1965; J.D., University of Wisconsin Law School, Madison, 1968; graduate work at Michigan State University, East Lansing, Mich.; admitted to the Wisconsin bar, 1968, and the Michigan bar, 1969, and commenced practice in Lansing, Mich.; Michigan assistant attorney general, 1970-1972; elected as a Democrat to the Ninety-fourth and to the two succeeding Congresses (January 3, 1975-January 3, 1981); unsuccessful candidate for reelection in 1980 to the Ninety-seventh Congress; elected to the Ninety-eighth and to the five succeeding Congresses (January 3, 1983-January 3, 1995); was not a candidate for reelection in 1994, but was an unsuccessful candidate for election to the United States Senate.