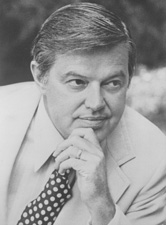 CHURCH, Frank Forrester, a Senator from Idaho; born in Boise, Ada County, Idaho, July 25, 1924; attended the public schools; graduated from Stanford (Calif.) University in 1947 and from Stanford Law School in 1950; during the Second World War served in the United States Army and was assigned to Military Intelligence in India, Burma, and China 1942-1946; admitted to the bar in 1950 and commenced the practice of law in Boise, Idaho; elected as a Democrat to the United States Senate in 1956; reelected in 1962, 1968, and again in 1974 and served from January 3, 1957, to January 3, 1981; unsuccessful candidate for reelection in 1980; chairman, Special Committee on Aging (Ninety-second through Ninety-fifth Congresses), Special Committee on Termination of the National Emergency (Ninety-second through Ninety-fourth Congresses), Select Committee on Government Intelligence Activities (Ninety-fourth Congress), Committee on Foreign Relations (Ninety-sixth Congress); United States delegate to the twenty-first General Assembly of the United Nations; resumed the practice of law; was a resident of Bethesda, Md., until his death there on April 7, 1984; interment in Morris Hill Cemetery, Boise, Idaho.