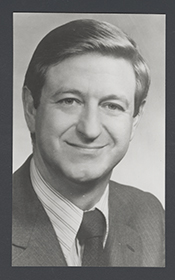 LITTON, Jerry Lon, a Representative from Missouri; born on a farm near Lock Springs, Daviess County, Mo., May 12, 1937; educated in the public schools; B.S., University of Missouri, Columbia, Mo., 1961; served in the United States Army National Guard, 1955-1962; engaged in the scientific breeding of purebred cattle; vice president and co-owner, Litton Charolais Ranch, Inc.; State president, 1955-1956, and national secretary, 1956-1957, Future Farmers of America; elected as a Democrat to the Ninety-third Congress, November 7, 1972; reelected to the Ninety-fourth Congress, and served from January 3, 1973, until his death August 3, 1976, in a private aircraft crash at the Chillicothe Municipal Airport shortly after takeoff; was not a candidate in 1976 for reelection to the United States House of Representatives but was a successful candidate for nomination to the United States Senate; interment in Resthaven Memorial Gardens, Chillicothe, Mo.