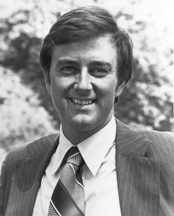 PRESSLER, Larry Lee, a Representative and a Senator from South Dakota; born in Humboldt, Minnehaha County, S.Dak., March 29, 1942; graduated, University of South Dakota, Vermillion 1964; attended Oxford University, England, 1965, as a Rhodes Scholar; received a graduate degree from the John F. Kennedy School of Government, Harvard 1971; graduated, Harvard Law School 1971; admitted to District of Columbia bar in 1972 and commenced practice; served in the United States Army 1966-1968, with service in Vietnam; served in the Office of Legal Advisor to Secretary of State 1971-1974; elected as a Republican in 1974 to the Ninety-fourth Congress; reelected to the Ninety-fifth Congress and served from January 3, 1975, to January 3, 1979; was not a candidate for reelection to the House of Representatives, but was elected in 1978 to the United States Senate; reelected in 1984 and again in 1990 and served from January 3, 1979, to January 3, 1997; unsuccessful candidate for reelection in 1996; chairman, Committee on Commerce, Science and Transportation (One Hundred Fourth Congress); admitted to the New York bar in 1997; formed Pressler International, LLC, and serves on five corporate boards of directors; teacher and senior fellow, University of California, Los Angeles, 2001-; partner, Brock Law Firm in New York City; member, Vietnam Veteran’s Memorial Advisory Board, 2004-; appointed official observer, Ukraine national election, December 2004; is a resident of Washington, D.C.