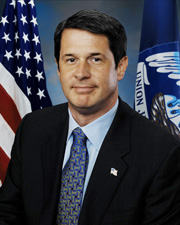 VITTER, David, a Senator and a Representative from Louisiana; born in New Orleans, Orleans Parish, La., May 3, 1961; A.B., Harvard University, Cambridge, Mass., 1983; Rhodes Scholar; B.A., Oxford University, Oxford, England, 1985; J.D., Tulane University School of Law, New Orleans, La., 1988; member of the Louisiana state house of representatives, 1992-1999; elected as a Republican to the One Hundred Sixth Congress by special election, to fill the vacancy caused by the resignation of United States Representative Robert L. Livingston, Jr.; reelected to the two succeeding Congresses (May 29, 1999-January 3, 2005); was not a candidate for reelection to the House of Representatives, but was elected to the United States Senate in 2004; reelected in 2010, and served from January 3, 2005, to January 3, 2017; chair, Committee on Small Business and Entrepreneurship (One Hundred Fourteenth Congress); was not a candidate for reelection to the Senate in 2016.